Car overheating and A/C not working at times. 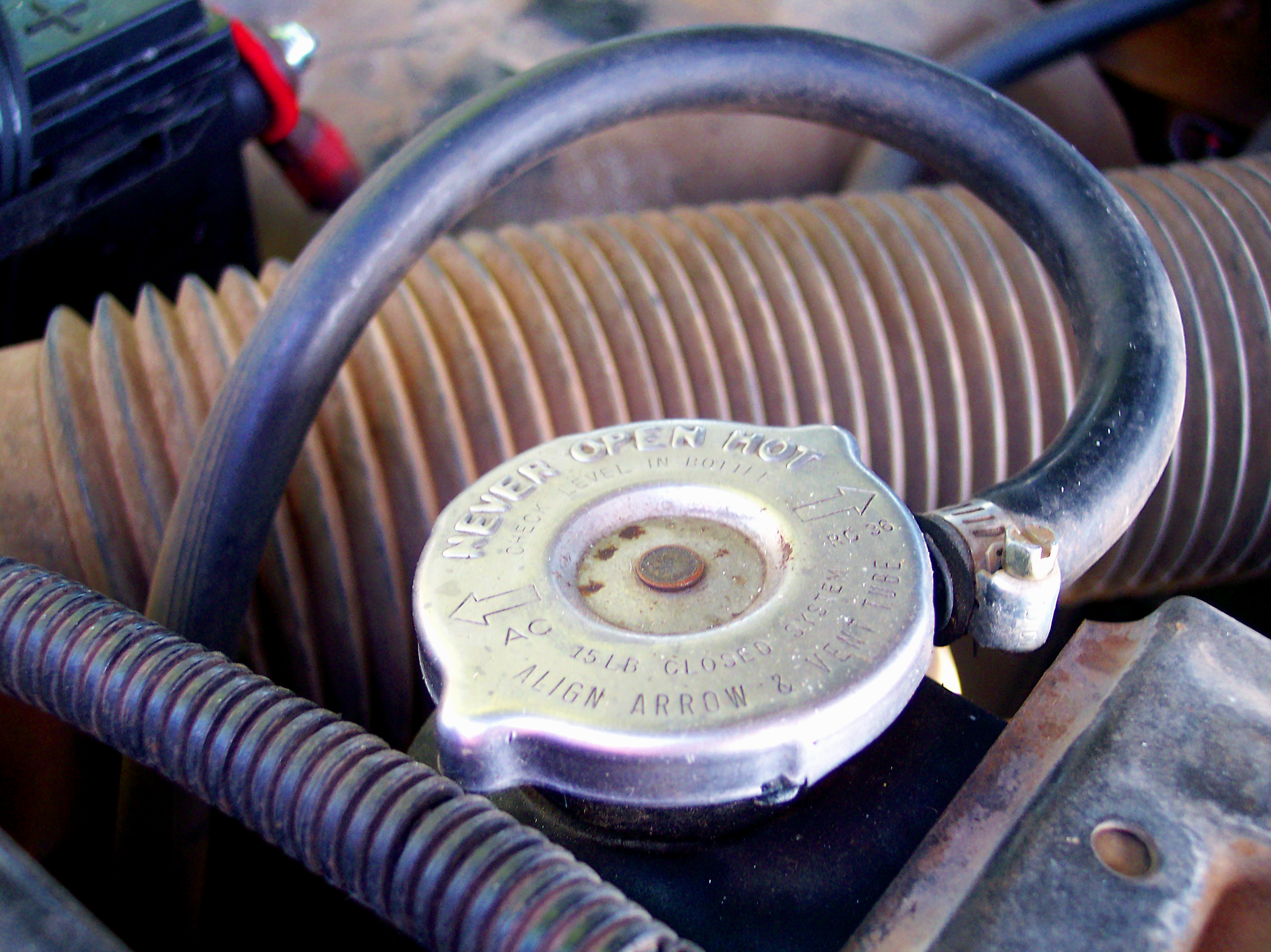 I notice that my car is low on coolant and at the same time my AC works at times. When i sit in traffic or sometime when i drive the gauge reaches almost to over heat and the A/C stops working, could that be because i am low of coolant?

Answer: The A/C and engine coolant systems are linked by the radiator and condensor which both sit in front of the engine and are cooled by a fan. If there is a problem with the fan, your engine will tend to overheat when in traffic (low speed) but temps should go down when at highway speeds. If the condensor does not receive adequate airflow the A/C system will not operate properly as well. Depending on your car, you may have a mechanical fan or electric. A mechanic should be able to diagnose.

As to the coolant issue, low coolant can cause overheating, but more than likely if you are reading the coolant level from the overflow tank, it’s due to the overheating (water expands as it’s heated) issue and excess water is being dumped when the engine overheats. Then when the engine cools off, the level drops in the overflow tank and it appears you are low on coolant. The above information is my “best guess” given the information you provided, and knowing you are having these two issues happening at the same time. With any engine overheat issue there are other basic things a mechanic will check like water pump seal leakage, radiator cap and restrictions in the radiator itself due to leaves and debris.

I have a 2003 dodge neon se, my daughter was driving my car and noticed smoke coming from the vents when the a/c is on. A friend of hers was nice enough to put anti freeze since it was low ( I thought when you get an oil change that also includes topping off the radiator flud?) What exactly does that mean? There is no smell but now I have to put it in the shop.

Smoke can mean many things. Was there a sweet coolant smell coming out of the vents? Its possible the low coolant and the smoke are related to a blown heater core. The heater core is basically a radiator, where the hot engine coolant runs through to heat the interior of the car. There is a fan which blows over the heater core and heats the interior air. While she had the A/C on, the heater core could still be bad and leaking coolant, causing the smoke.

If there was no sweet smell, it was more than likely the A/C working so well that it was causing an icy fog which does happen from time to time, depending on the humidity levels outside.

I would keep track of the coolant level, see if you lose anymore and if so, get the heater core checked out.

Hi, I have a 1996 honda civic automatic 2dr coupe… my a/c belt on the engine is completely gone, and I have no idea where it went..anyways I want to fix it cheap, is this a do it yourselfer or a mechanics job? and how much would it cost?

The belt should be no more than $30 and its not a difficult job that can be accomplished with basic mechanics tools. (socket wrenches etc.) I do not have specific instructions but you can check out https://www.autoeducation.com/alldata.htm for an online manual which will have step-by-step instructions. I would also check to make sure the A/C compressor is not frozen, as this could cause the belt to be thrown or broken.

I had a water pump and hoses replaced on a 1995 Chevy G30 van, the morning
after I got it back I noticed a small 2″ spot of a yellowish-green oily
fluid on the driveway. Thought it might be some residual antifreeze driping
off the engine. By the next day I noticed my A/C seemed to not be getting as
cold as usual and 2 days later it started cycling of and on, by the next day
it would not cycle the the A/C on at all and was not cooling at all. I took
back to the service department and the said they found refrigerant leaking
from the A/C Compressor High Pressure Cutout Switch and replaced it. When I
was talking to the tech doing the repairs and explained that I just had the
water pump and hoses replaced and questioned if the switch could have been
damaged then he seemed to think that it could have happened. When I went to
get the car and told the service manager my story he stated that there was
no possible way that they could have caused the leak in the switch. He said
it was just a coincidence that the leak started when it did. I was just
wondering what your opinion was. If you have ever heard of a A/C Compressor
High Pressure Cutout Switch just start leaking on its own before. Thank you
for your time any comments.
Answer:

The tech was probably being honest with you, the service manager was trying to keep his commission on the switch replacement !Â  Yes, the switch was most likely damaged when the pump and hoses were replaced.Â  Most likely the AC compressor would have to be removed to change the water pump so there is the chance of damaging the sensor.Â  Even if the compressor did not have to be removed, there is a change a wrench or other tool stuck the switch and damaged it.

P.S.Â  P.S.Â  If you want to learn more about your A/C System, check out www.autoACsystems.com