WAIT, BEFORE YOU SCROLL DOWN! While I know a lot about cars, I don't know a lot about YOUR CAR! A repair manual is essential and I have a way for you to get one FREE.
Click Here To Read More(Link opens in a new window)

Check the battery terminals and make sure they are tight. Try to turn on the lights for a second then turn them off. This is sometimes enough to reestablish a good connection. Read below for more diagnostic tips.

Not sure which connections go where when jump starting a car? 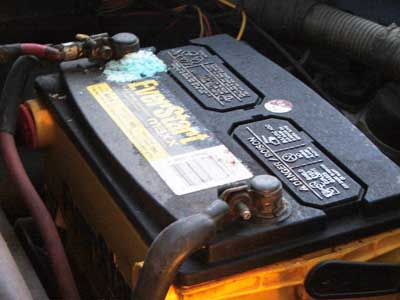 How does my cars electrical system work?

Learn how the automotive electrical system works in your car. From the Battery, Starter, Alternator and Cables, we will look at how to keep your electrical system operating properly. When it comes to getting your electical system serviced, follow the tips below to make sure your mechanic fixes it right the first time.

If you are like many working from home and getting groceries delivered, your car is not being used often. Make sure you start and run your car at least once a week for 15 minutes or so to completely warm up. Drive it if you can to prevent flat spots on your tires and get everything lubricated (transmission, axle etc). If your battery is getting towards the end of it's life or you have some unknown current draws (security system or other add-ons) you may need to run it more often.

If you can not start it every week a trickle charger would be a good investment, especially if your car is stored in the garage close to an electrical outlet.

I don't think there is a tougher system to troubleshoot on your car than the charging/starting system. This is due to the fact that there are many things that can go wrong and it's tough to test some components without special equipment. Let's go over some possible situations and their possible causes.

Car won't start, all I hear is a click but the engine does not turn.

Car won't start, I hear nothing.

Car won't start, all I hear is a horrible grinding noise.

Car starts but my headlights are dim at low engine speeds.

As you can see there are plenty of things to go wrong with the charging system and it is always best to take the car to your mechanic and have it tested before you go replacing parts blindly.

Preventing problems with your electrical system:

How to jump start your car: 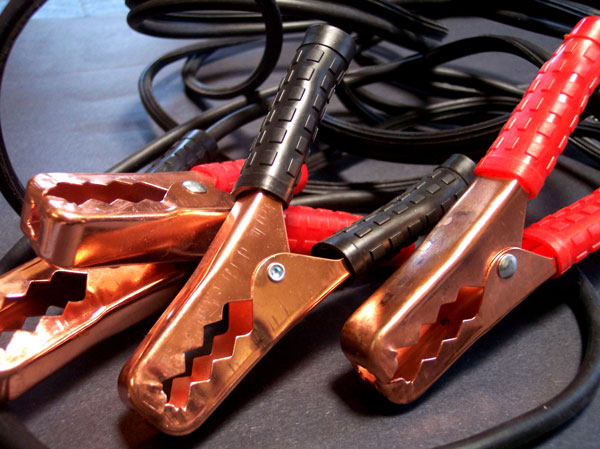 Jump starting your car does not have to be a hard task. First lay out the cables on the ground between the two cars. Make sure that the cable is not tangled and none of the end clamps are touching each other. The car with the good battery should be running.

Step 2: Repeat this step on the car with the bad battery, hooking up the positive clamp to the positive terminal on the battery. Make sure the clamps are contacting well and can not fall off.

Step 4: This is the last step and the most important. Take the negative clamp closest to the car with the bad battery and attach it to a bare metal part of the engine. DO NOT hook it to the batteries negative terminal as there maybe hydrogen gas present from the battery and a spark from the connection could cause an explosion.

That's it...... turn the key on the dead car and the car should start. If it does not, try revving the engine on the good car to boost the charge coming from the alternator. If this does not work, try wiggling the cables to assure you have a good connection. A GOOD set of jumper cables are a necessity. I have had cheaper sets not jump start a dead car. I actually had to double up two cheap sets to get enough current to start my car. The cheaper sets will have thinner cables which can not carry enough amperage to start some stalled cars. I would suggest buying a cable which has 4,6 or 8 gauge wire.